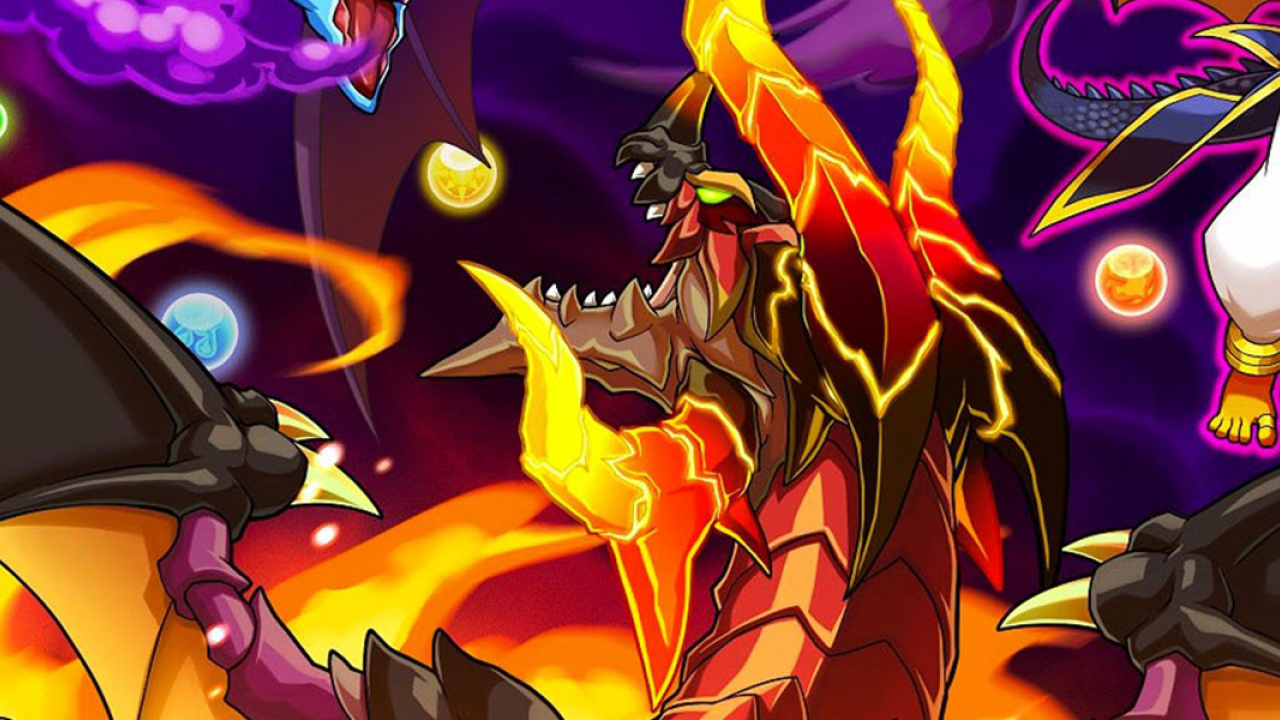 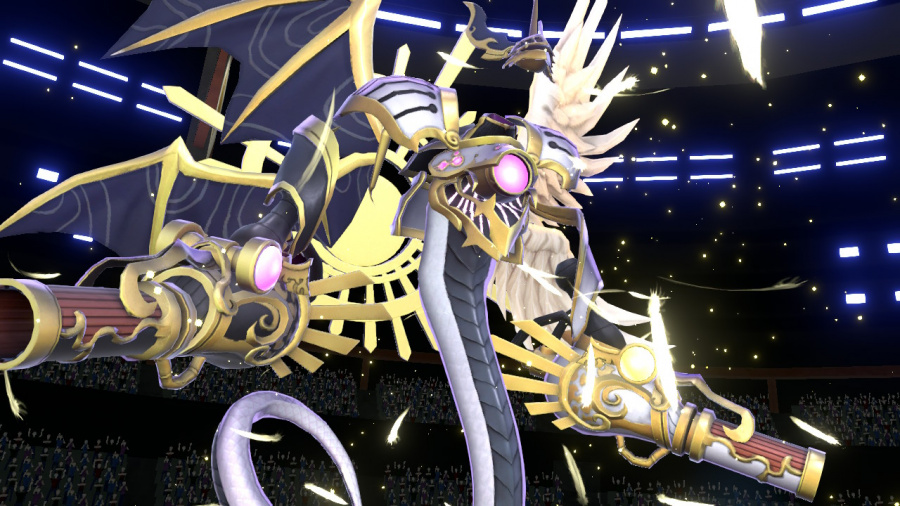 The Puzzle & Dragons series has been a juggernaut in the mobile gaming space for close to a decade now, due in no small part to its distinctly satisfying blend of RPG elements with match-3 puzzle action. Even today, the series still routinely pulls grosses well into the billions, which has naturally led to a whole slew of spinoffs and other multimedia elements popping up to grow the franchise’s reach. Most notably for Nintendo fans, this expansive reach led to the creation of the excellent Puzzle & Dragons Z + Puzzle & Dragons: Super Mario Bros. Edition for the 3DS a few years ago, showing off what the series could look like as a more fleshed-out and traditional affair.

Now, it seems that GungHo wanted to repeat its past success via the release of Puzzle & Dragons Gold, a brand new entry in the series that was designed from the ground up with the Switch in mind. It’s the sort of thing that could’ve been a slam dunk, but unfortunately, Puzzle & Dragons Gold just isn’t all that good. What we’ve been given is not a sprawling and addicting RPG to keep you hooked for hours on end, but rather a stripped-down and disappointing take on the beloved gameplay that made the original release such a hit. 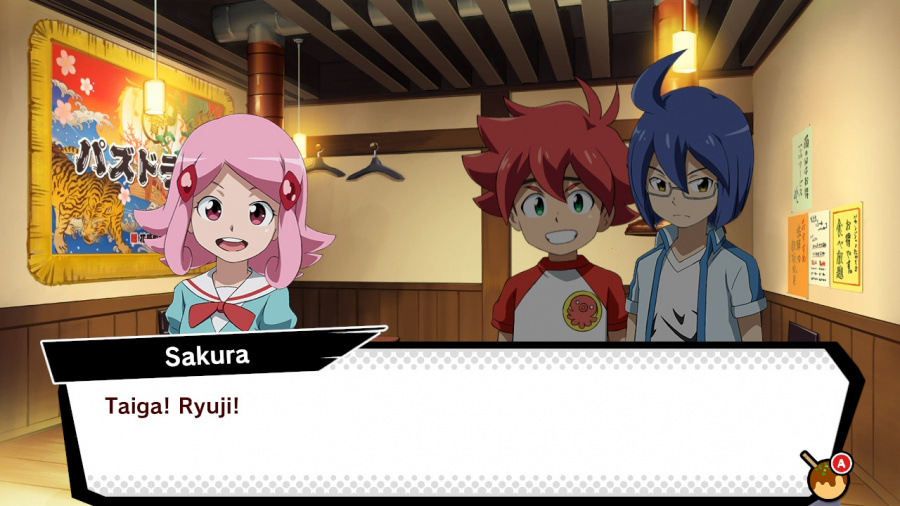 The story of Puzzle & Dragons Gold is kept to almost a complete minimum, while borrowing heavily from the anime series that has sprung up in the wake of the franchise’s success. The narrative mostly focuses around the similar tales of either Taiga or Ryuji, two hopeful, competitive Puzzle & Dragons players that are looking to win big in a sweeping competition that bears more than a passing resemblance to the Pokémon league. The storyline essentially just assumes that you’re intimately familiar with the anime, and if you happen not to be, very little effort is put into giving you any context to character relationships or conflicts. This is about as surface-level and shallow a story as we’ve ever seen in an ‘RPG’ before, and it’s no exaggeration to say that about three hours is all it will take to see all that this paltry single-player offering has to give.

What’s perhaps the most disappointing and baffling thing about this single player is how cheap it feels. There’s no overworld to roam around, no NPCs to talk to, no dungeons to explore, and any sense of RPG level progression has almost entirely been removed. Your experience will consist of going through a handful of battles with premade teams, mashing ‘A’ through some confusing and poorly written cutscenes, then reaching the quick end and wondering why you wasted your time. It’s generous to even call this mode a tutorial because you have virtually no control over your odds of winning given that you can’t pick a team that could be more effective against whichever foe you happen to be fighting. It may be that Puzzle & Dragons Gold was always pitched as a “multiplayer-first” sort of take on the series, but the utterly pathetic attempt at a single-player experience is an insult to the series’ legacy. 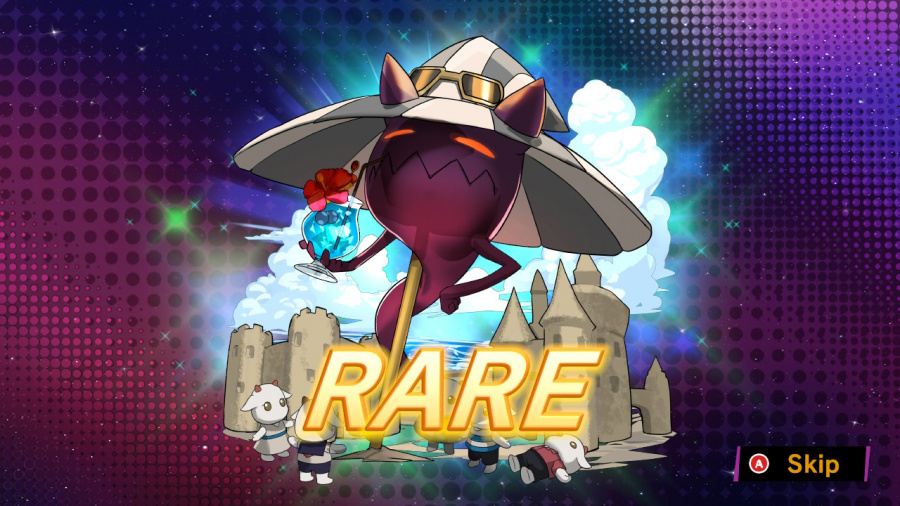 The core gameplay in battles has been kept relatively intact, consisting of two phases for each turn. Phase one allows you to pick which skills to trigger from the dragons on your team and phase two begins after all skills for both you and your opponent have taken effect. This latter phase is where the real action happens, as you have ten seconds to make as many matches as possible on a simple 6×6 grid filled with myriad colours of orbs. The catch here is that you can only move one orb around for the entire turn, dragging it to and fro in an attempt to rearrange all the other orbs into lines of three or more before you finally put it down and lock in your ‘attack’. Puzzle & Dragons Gold doesn’t do a very good job of explaining the mechanics of these fights to you, but a little trial and error is all it takes to see the interesting pace and flow of a battle.

Win or lose, you’re sure to gain at least a little bit of progress towards your overall character level, and hitting different level milestones will net you rainbow orbs to pitch into the gacha. No, Puzzle & Dragons Gold mercifully does not have any microtransactions, but you’re still extremely limited in terms of team compositions when the only path to progression is gated by a seemingly endless, randomized loot box grab.

Even if you do get the pulls that you want, there’s no such thing as training or building up your dragons here; the extent of ‘training’ them is the simple act of unlocking two new skills for them by using them in battle enough. Even this, however, is limited to the scant twenty Leader dragons that you use to anchor any team you arrange for multiplayer use. The other 500+ ‘follower’ dragons you could potentially use to pad out the remaining five spots on your team amount to little more than glorified pictures that come with fixed skills and stats. Mixing them around for your multiplayer teams is a little bit of fun at first, but with there being no real progression possible for them, it’s tough to stay very invested in team compositions or overall gameplay. 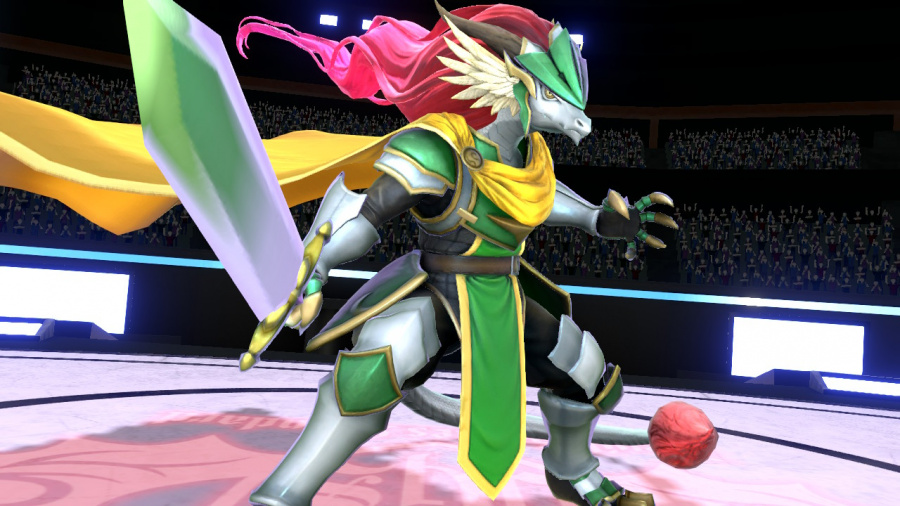 One notable area where Puzzle & Dragons Gold doesn’t disappoint, however, is in the surprisingly high-quality of its visuals. Although only those twenty Leader dragons get HD models that show up in the arena, each is excessively detailed and well-animated. Powerful attacks shake the screen with showy and bombastic flair that injects some much-needed excitement into the otherwise ho-hum experience, making for a game that often looks fantastic on the Switch’s portable screen. In many ways, it feels bizarre that Puzzle & Dragons Gold looks this good, as virtually every other aspect of the experience is an incredible letdown.

When one takes a step back to look at all that Puzzle & Dragons Gold has to offer, it’s rather difficult to say exactly who it’s for. Longtime fans of the series will no doubt decry the laundry list of cutbacks that the core gameplay suffers from, while newcomers will be paying cash to get a massive misrepresentation of what the series is actually all about. Sure, multiplayer proves to be mildly amusing for a time, but it lacks the kind of depth or longevity that previous releases in the series have had in spades, and the less said about the single-player content, the better. Puzzle & Dragons Gold feels in many ways like a free demo of a much better game that you could potentially buy, except no such game exists because this is it. Don’t waste your time or money on this poor approximation; go download Puzzle & Dragons for free on your phone for a much more enjoyable experience and save your money for much more worthwhile releases for the Switch.